A Flurry of Block Parties

A herd of cattle, a flock of sheep, a gaggle of geese. OK, so what do you say for parties, a bunch?  A passel?  Group, series?  However you say it, the Southern Gables Neighborhood Association sponsored block parties over the last two weekends. Here’s the story…

The idea of sponsoring individual block parties was brought up a few months ago by Doug Whitten,  President of the Southern Gables Neighborhood Association. Since we had to cancel the 2020 Neighborhood Night Out, and it looked like we might not be able to have one this year,1 a few parties to bring back some community spirit seemed important. Neighbors who would volunteer to be party hosts would be given a stipend by the Association, to cover some of the costs of giving the party. People could meet outdoors, and keep whatever distance they needed, and still take up old friendships that might have suffered under duress. All in all, there were eight block parties held over about two weekends, and a good number of people were drawn out of their homes on the recent warm summer evenings. 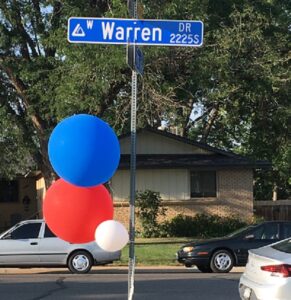 Along with Stanton La Breche, I hosted the West Warren Drive block party. We held it in the Dover Court cul-de-sac off Warren, in my driveway and front yard. Roger Hanlon and Stanton split the job of delivering flyers to all 80 homes along that street. Stanton put a bunch of balloons up on the corner. By the time the party got started two of them were still fully operational and one was seriously wounded. About 40 people came to the party, renewing old friendships and starting some new. There were several people who had moved in during the pandemic and had hardly been out around the neighborhood at all, meeting neighbors for the first time. We had two grills going with burgers and hot dogs, and neighbors brought potluck dishes. I am pleased to report that there were no life-threatening flareups from my grilling this time. The kids who came especially enjoyed the dessert table and bopping around on scooters and wheelie shoes that lit up with bright sparkly little lights around the cul-de-sac. 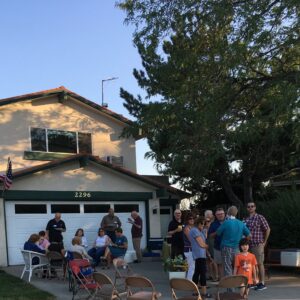 Deb Martin told me they had a good response for the South Zephyr Street party. There were 34 people saying yes, including the Mayor and some police agents that Kathy Stapleton invited. They delivered flyers in person or left on the door for everyone on their block.  There were 25 who came to the party, so there was no shortage of food. They had music, lights on the canopy, games including corn hole which was quite a hit. Deb said, “It was a fun time and we went from 5 PM to almost 9 PM. It did rain off and on but we got another canopy and we were fine. We grilled hot dogs, had turkey and cranberry wraps, and cheese and pepperoni pizzas.  It was a lot of fun, wish there had been more.”

Carol Lally and Jo Ann Greeb told me about the party hosted by Marnie Crowe on West Iliff Lane. They had 40 to 50 people come, which is a fantastic turnout for a block containing about 20 homes. As a lesson in how to do it so well, they had handed out invitations by hand and by email, talked it up in person, and sent out email follow-ups. The party was in in the back yard, patio, and inside the house. They even provided a couple of babysitters, and games for the kids. A few new neighbors introduced themselves and immediately struck up new friendships with shared interests. The grill kept busy with turning out ribs, brisket, and brats.

Janet Zietz and Gayle Gunderson had an ice cream social for the South Zephyr Court block party. They invited about 12 families and most of them came. They used handwritten invitations for a personal touch. Over in the In the Lakewood Pines East section of the Southern Gables area, Jayne Hubenka’s block party also took the form of an ice cream social. We all know how much we love our Magill’s Ice Cream, not to mention supporting our local businesses, so making that the main item of these parties was a smart choice! 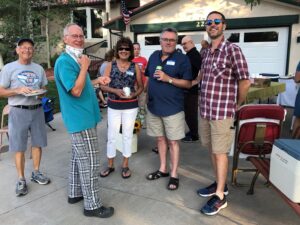 The South Dover Way party was hosted by Karen Whittier and Monica Norval, including both South Dover Way and South Warren Lane. Among the 30 to 35 people attending were a number of new people meeting  their neighbors for the first time.

DeAnn Joyce of South Balsam Court reported, “Sarah Johnson and I  co-hosted the party.  We invited about 70 of our neighbors and about 50 showed up.  We had hamburgers and hot dogs, the neighbors brought the sides and desserts. There were old neighbors meeting new neighbors and a lot of new friendships made.  Everyone had a great time and want to do it again next year.” Sara provided some photos, posted in a group at the end of the article.

Filling in the area down south in Valley View, below the flowerpots, Lisa Huntington-Kinn hosted 40-50 neighbors at tables under four canopies in her beautiful back yard. She grilled burgers and hot dogs, and music played throughout the area. 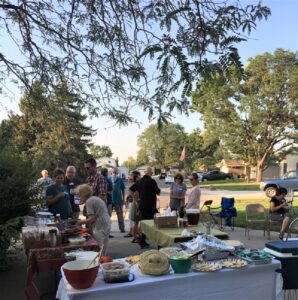 We don’t know if this “flurry” of sponsored parties will be repeated in the future when Neighborhood Night Out will be resumed in full force. That project, after all, has been our “main event” and takes a lot of effort. For now, though, we are glad that the parties hosted by those who took the time and trouble to get one together were popular, lively, and fun. These events contributed to one of the key things that the charter and bylaws of the Association direct us to do: “Encourage a cohesive community by providing opportunities for social activities.” We like to do that, and it’s great when it gets so many people to come together, reinforcing our sense of community and the neighborly ways that we’re so proud of here in Southern Gables.

As Doug said, “From my vantage point these block parties were very successful. They accomplished the goal of bringing people together, contributing to the community spirit that we used to have in this wonderful neighborhood of Southern Gables.” 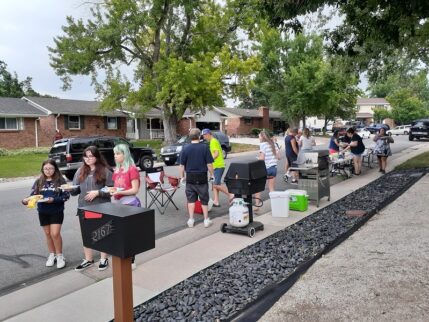 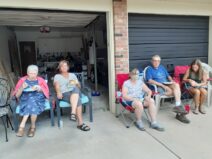 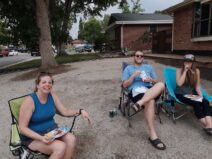 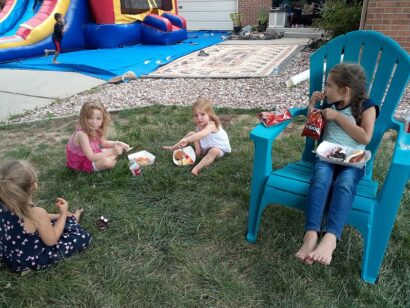 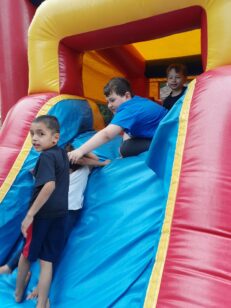 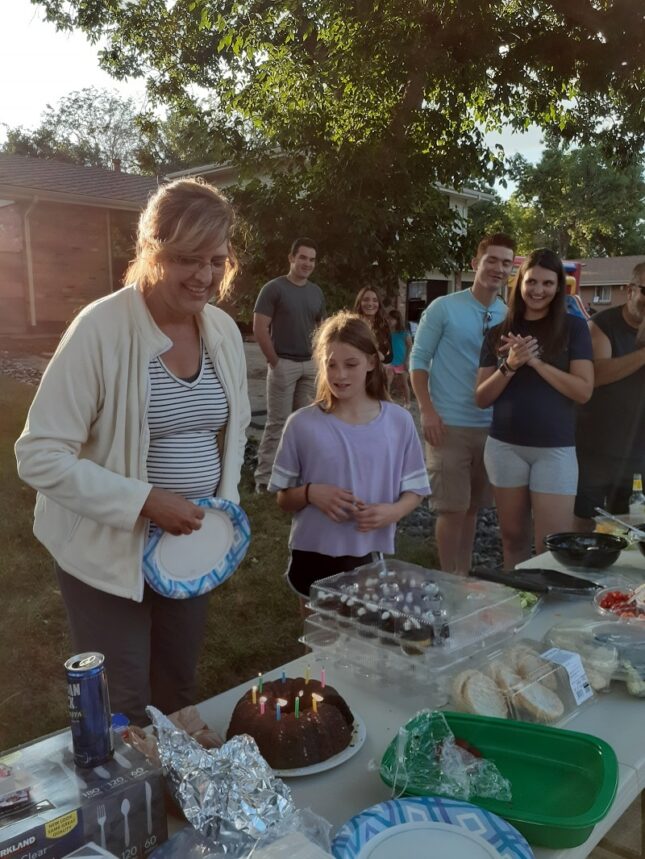 2 thoughts on “A Flurry of Block Parties”