Our neighbor Ken Fischer met a lot of tough characters during his service in the Lakewood Police Department. “Character” is a word that has another meaning as well: it’s what it takes “To serve and protect …” To see more of Ken’s stories click on his name at the end of the article.

Much has been made over time regarding the characteristics of “tough guys.” In many circles I was pleased to be included in a normally high testosterone powered brotherhood loosely defined in that manner. In truth, most all the tough guys are dead or in jail. Exceptions are notable, and the best of these exemplify a different meaning of “tough.”

I was the biggest lad in all my classes, and that turned out to guide my path in both opportunities and problems to solve. Challenges would often come from various sides: often older youth wanting to win “merit badges” for besting younger but strong oafs. I usually won but my mother had enough of my torn and bloody shirts. It was an economic consideration. We were just barely middle class and this noon fight club was costly. I would be schooled by my big brother and Pop to either allay the challenge or win abruptly.

My Brother (Uncle Bob) showed me some techniques from his golden gloves and Annapolis experience: hit them hard, often and in a flurry. Pop was a survivor of several rough battles in WWI France and also had to hold his own or act as a second for his two doughboy brothers, one of whom was a feisty brawler. Pop offered the most functional advice: make the first punch count. The fellow who lands the first haymaker usually wins. Also… fight if you must but do not fight dirty. No eye gouging, no crotch kicks, and choke only if you have to, stopping when your opponent goes limp.

Fighting seemed to be inherent in the family. My cousin Vic had bested the strong man in a bare-knuckle ring challenge in the 1930s. My Kentucky cousins fought all comers at the drop of a hat and I foolishly took on Mr. Junior Milwaukee in sophomore year at Jesuit military school. Bob Derus was a lad with an Atlas build who had been goaded – as was I – to represent our class on the wrestling mat. We both declined until Derus said the magic word and it was on. I outsized him by 25 lbs. but he was quick as a cat and kept battering my neck and throat to a point where I was not breathing well. I had not even touched him and lunges proved to be more symbolic of a matador and bull. Think! Athletic tactics! It worked. The old fake left and go right. He bought it and shortly I had landed him, sitting on his chest, fending off turns and fist thrusts. I put one ham hock hand over his windpipe, rared back with the other and asked him if I needed to blacken both eyes and fracture some teeth, or was the fight over.

The fight was over. I was bleeding profusely from the nose all over him. We shook hands and he plugged both my nostrils. The following morning I couldn’t move my head. But I was “tough.” 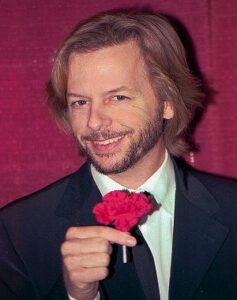 I had a customer in my firewood business who was a scholar. Looked like the comedian David Spade. “Teacher of the Year” several times. We traded stories each fall: mine of the beat, his of the military. Army pilot. I good-naturedly rapped him on the back once and tears came to his eyes. He had been wounded pretty badly and still had pain. He had volunteered at the PD and heard all the “cop war stories,” mine included. Yes, I came to work with 30 stitches, no bandage, holding my thumb on due to a bout with an angle grinder. Yes, I had operated (twice) on my own hemorrhoids to free up some built up blood clots as my leg was turning blue. My doctor advised that it was a pretty clean laceration, but don’t do it again. Yes, I had arrived at John Camper’s home to do tree work with a broken nose, black eye and lacerations on my back after a tree fell on me earlier. All these tough-guy stories of mine were true and he listened appreciatively, occasionally volunteering a helicopter pilot anecdote in return. Modestly. 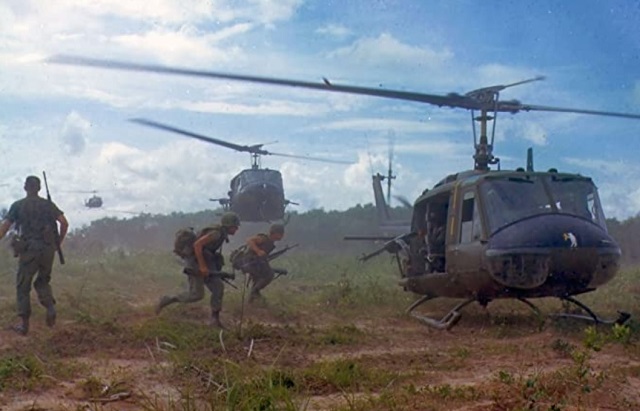 For a number of years we visited each fall and I stacked wood for him when I delivered, instead of just dropping it off the truck. Not something I do routinely with this pair of K-Mart knees. He usually had a great cigar and a bottle of good hooch as thanks for the stacking. One day he motioned me in and wanted to show me something. We were friends, but despite all the stories exchanged, not really the closest of buddies. Still, he trusted me enough to share a secret and not reveal who he was. It could be sensitive even after 40 years or so. 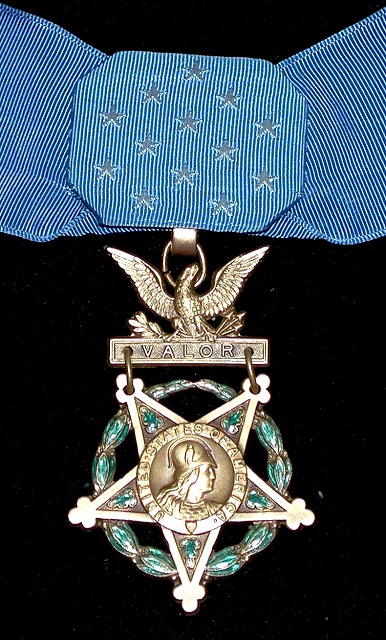 My friend, the scholar, the David Spade-looking guy, pulled a pale blue box from his cabinet and opened it. I knew what it was immediately but I had never seen one: the Congressional Medal of Honor. He was calm, but quite proud. I had to ask. He would share bits of the story and laughed when he mused that the Marines put him in for it despite his being an Army chopper pilot. The ceremony was private at the White House. Just four men present. He could not speak of it publicly, nor would it be in the official record, but he wanted to share his pride with another trench warrior.

I think I loosely know the elements of the story. A courageous Army pilot made three runs into a hostile fire zone to evacuate trapped and wounded marines. His first chopper was so badly damaged that it barely made it back, terminating the flight with an ugly landing. He immediately fired up a second chopper and returned to get the last of about 20 grateful Marines who were never at that location in that country.

One thought on “Tough Guys”