Southern Gables neighbors are celebrating the season with summer parties, lots of people coming together to socialize with longtime friends and meet new ones. The first big block party in this year’s series was held on South Ammons Street last weekend. They set a high bar. By Bruce McDonald

South Ammons Street between Evans and Woodard was blocked off to through traffic on Saturday afternoon, and the insistent beat of high-energy music played by a professional DJ pumped out an ongoing announcement everybody could hear… 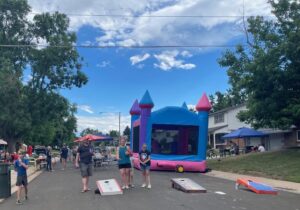 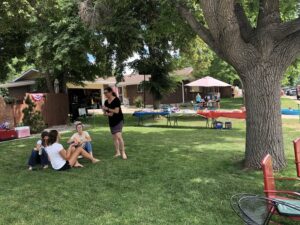 Kids were running around with water balloons, neighbors were tossing cornhole bags with intense concentration, and a big colorful bouncy house was thumping and jumping. 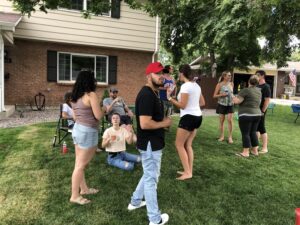 Raul and Tina Ochoa were the organizers, and Raul told us they had plenty of help hosting, with five other families Tina called the Dream Team: Kile and Andrea Salek, Mike and Jane Knauf, Mike and Diana Mendoza, Ted and Angelique Tidwell, and Aaron Anderson. Tina told me the Dream Team worked together from the beginning all the way to the cleanup in the DARK! “We could not have pulled it off without them.” All six worked together in providing burgers, ribs, brats, hot dogs and all the trimmings. They had drinks and side dishes as well. Raul said, “It’s all here. We didn’t want people to have to bring things.” 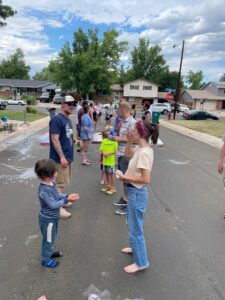 As it turned out, lots of people brought dishes anyway, and so there was no shortage of food. Looking at the bounty, he told me, “Have something, go ahead, please eat!” I did what I could. 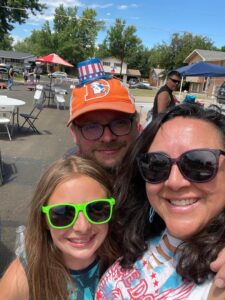 Tina told us, “We had a lot of fun and everything turned out amazing! We had about 72 people drop by throughout the day and sent out about 50 invitations. Great turn out and lots of fun!” 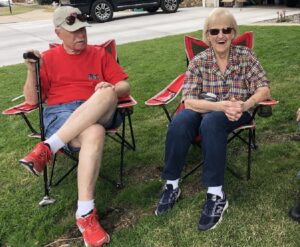 It was a warm afternoon, enough to keep some of the kids who were barefoot hop-hop-hopping ouch-ouch whenever they crossed the asphalt chasing someone with a water shooter. There was plenty of shade though, with pop-up canopies and the beautiful shade trees on the lawns along the street. Gro 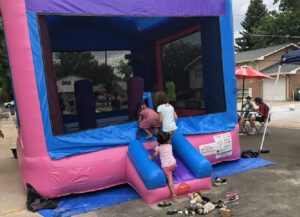 ups of neighbors were sitting around visiting, and when things started to quiet down Raul took command of the PA and got everyone organized into pairs on opposing lines for a water balloon toss. 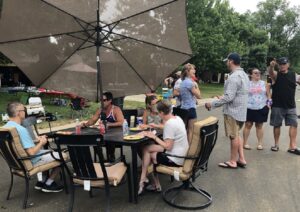 And then there was dancing. Dancing in the street!

Summing up, Tina reflected on how it was so great to meet so many new neighbors all around them. She said, “We look forward to making this an annual event and including more neighbors to get involved!”

Is this what makes a neighborhood great? 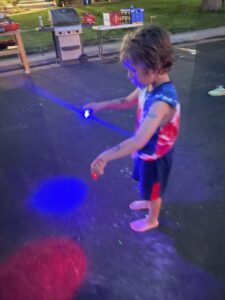 The Southern Gables Neighborhood Association sponsors block parties, encouraging neighbors to host and providing a stipend of $100. The program is still open for this summer. Want to try it? Details here. 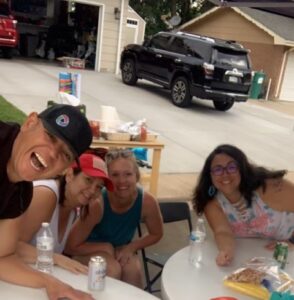 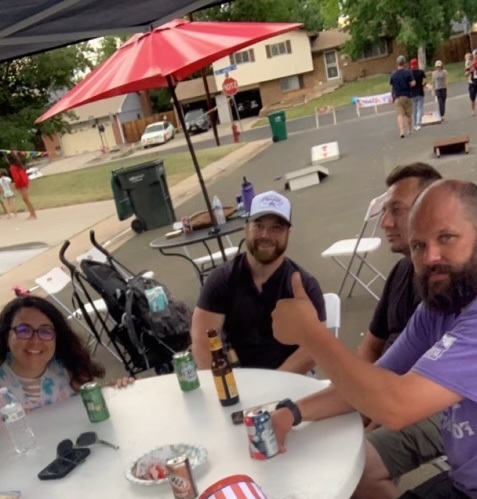 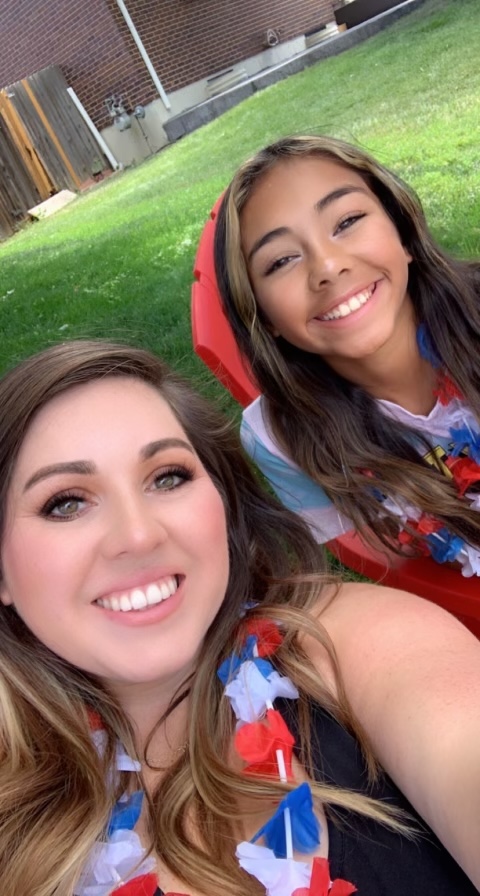