There are smells that bring back memories. I’m told everybody has them, but I can only vouch for one: fresh bread. It takes me back to an Easter Sunday, 22 April 1962.  60 years ago.  I was on a troop ship approaching New York City.  By early afternoon the boat had slowed down to just a couple knots as we slid into the harbor leisurely sailing past the Statue of Liberty.  There were about 2500 soldiers on board and they were all on deck trying to catch a glimpse of the city and the beautiful Lady. 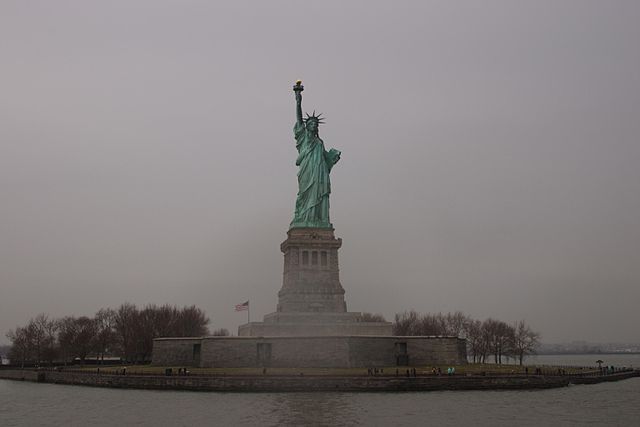 Soon the boat’s forward movement ceased altogether. Dead in the water. I imagined it might be so we could savor the moment, but of course we just had to wait for our time to dock. Wait. A familiar theme. A surprisingly quiet group of usually boisterous guys stood deep in thought looking at the country they hadn’t seen in a couple years.  Eventually I felt a tap on the shoulder and a bunkmate reminded me that we were due to report for KP in the bake shop. 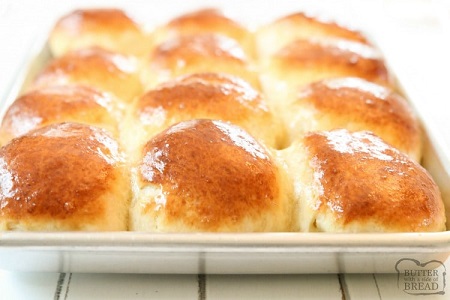 Below deck in the bakery a handful of us made rolls for next morning’s breakfast. Then, because life moves on, we then baked a few hundred loaves of bread to be ready for the next soldiers. They would board in a couple days for their trip to Germany and their two-year tour of duty with NATO.

By 2300 hours (11:00 p.m.) we were done, everything cleaned and put away, and were dismissed.  On the way out each of us grabbed a fresh baked loaf for ourselves, sliced it lengthwise, and inserted a cube of butter which quickly melted creating a crazily delicious aroma that followed us to our compartment.  Our arrival was observed by a hundred guys from their stacked bunks who expected, and did, receive their share of the bread.  Quickly the treat was consumed and we crawled into our own bunks while silence returned.  My last full day in the Army, Easter, was completed in a manner never to be forgotten.

There was still a partial day to be completed though, and it was a long one. I’m not sure what first woke us up – perhaps a thumping sound as the troop ship berthed at the dock – but within a heartbeat we were wide awake as this was the day we had dreamed of.

A compartment of a troop ship is designed to house as many soldiers as can be shoehorned into a compact space and was filled with bunks stacked five or six high each with about 18 inches of vertical space.  I had been advised to grab a bunk about chest high if I could but regardless NEVER take the bottom one. It was already on the deck and could be quite unpleasant during storms at sea… if you get my drift.

There was a lot of jostling as we dressed, packed our duffel bags one last time, put them on the now stripped bunks, and shuffled off to join the line awaiting breakfast.  The crowd was cheery and talkative as we had our last meal together, including one of those delicious rolls.  Clearly this was a day of “one last times.”

By 0900 hours we were fed and topside in our Class A Green uniforms with our duffel bags at our sides as we learned our discharge number.  Mine was 2345, one of the last to disembark. There would be a wait.

The first to go down the gangplank saluted the rest of us with the one finger salute, and following Army protocol we all returned it en masse. They wasted no time boarding a bunch of buses for the short trip to Fort Hamilton’s administration building.  Back on the boat, waiting, the rest of us were jealous as we watched them leave. They were going home already, and we had to wait.

It seemed like hours before our turn came.  We hustled down the gangplank and savored the realization that we actually stood once again in America.  It was a quick savoring though, over in an instant as the organizers of the process loudly prompted us to keep moving. Dawdling would delay our getting out.  That put some speed in our step. 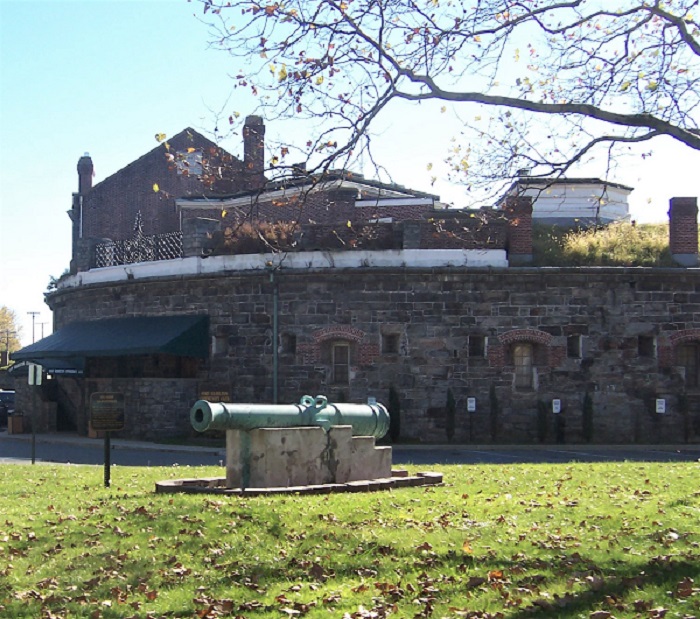 Arriving at Fort Hamilton in Brooklyn we found a large auditorium filled with folding chairs and on each chair a clipboard with a bunch to documents, and on the top was a number matching the one we had been assigned earlier.  This was a vision of an Army I had never seen before.  This was fine-tuned efficiency!

Impatiently waiting for us in the room were all those first to depart the boat. Only when the last off were seated would the process begin. Their wait in that room must have seemed longer than our wait to get off the boat.

An officer called for our attention and asked if there was anyone who had decided to re-enlist for them to leave the room.  There was mild derision directed at the very few who departed.  Next up was a Colonel who spoke for the Army and the nation to thank us for our service.  Nobody would show it but we appreciated the words even if they were delivered proforma.

Finally it began.  We were told to look at the top form and check the spelling of our name as they didn’t want to discharge the wrong person.  We laughed.  From there we would look at each document and learn its purpose, and sign it if it required a signature.  They covered a bunch of topics about our record of service (DD Form 214), our final pay out as of that day, and information about our rights as a former soldier.  We were assured that as civilians when we left the building we could wear the uniform home but then had to hang it up one last time.

A sergeant at the front of the room called out, “Dismissed!” As one last step we went to a well-guarded financial office and drew our pay.  For me it was a lot of money as it also included a travel allowance for return to Denver where I had enlisted three years, one month, and one day previously.

I walked out of the building and found a bus ready to take anyone to Penn Station in New York City.  I boarded.  It was 1:30 p.m.

I think I’ll see about baking a loaf of bread.

Harry found Judi and they made their way to Southern Gables, as we learned in their story last year, Meet Your Neighbors: Harry and Judi Puncec. We’re glad it worked out that way.

One thought on “Fresh Bread”