The Night We Took the Nuns to Prom

A story about the good old days with some good old friends, by our Southern Gables neighbor Ken Fischer. To see more of his stories, click on his name at the end of the article.

Cincinnati is a great town. Great Schools, great people, great times especially in 1966. I was a freshman on a football scholarship living in a religious frat house a mile off campus. Even on scholarship we had to minimize costs as my folks were older and retired. I was usually broke, even with my doorman job at the local 3.2 club. I had food and drink benefits but just $5 – $10 pay on a good weekend night.

At the frat house we got 5 meals per week: evenings Monday through Friday. Weekends required culinary inventiveness. A veritable manna from heaven was furnished by the coeds of Mt. Saint Joe’s (on the Ohio), who fashioned a buffet/dance Sunday nights for any college men who could make the 15 mile trek to the boonies where the all-women’s college was located. The one stipulation was the men wear ties with a collared shirt and slacks. A wide selection of ties was always available in a frat brother’s trunk.

The college women put on a remarkable table after cooking all afternoon. For coeds who went dateless, this was an opportunity to mix with some hungry men and possibly dance too. It was, for all concerned, an event! I first met Kathy Beecher on a VISTA expedition into the impoverished mining country of Kentucky. VISTA was new and had originated along with Peace Corps under JFK and Sargent Shriver. In the frat house we were required to do monthly “apostolates” which entailed giving some service back to the community. VISTA was appealing, hands-on and front line. Two guys from the house would drive four women from Mount St. Joe’s down to the little town of Beauty, Kentucky, for two nights to work with mining families at a barn type community center.

Kathy Beecher was from a large Irish St. Louis family and I fell in love with her that weekend. Yes. I loved her like my fourth sister. She had a wonderful, funny, glib personality and could say anything to anyone and get away with it. She would make some lucky fellow a great wife, some children a great mom and anybody a great friend. She was not a looker. She could have been Rosie O’Donnell’s altruistic sister. I’m a little reluctant to admit it but looks were usually very important to me in those days. In one weekend, Beecher and I became fast friends. I have never laughed so long and heartily at anyone’s stories, impressions and life perspectives. The spring prom was five weeks off and a bevy of Mt. St. Joe women were dateless. Who else but Beecher could work some magic and get dates for the last who wished to go but were without dates. At 4 weeks out, she was down to three women. She called. Could I help? Like to, but I’m broke – as usual.

No sweat: the flowers, dinner and tickets are already covered by some type of slush fund. All that was needed were two guys in suits with a car. I melted. This woman was amazing when working with the less fortunate children of God. How could I refuse? The rest of the story: These “dates” were sisters. Very tall sisters. Sisters as in nuns. One had committed to joining the order commencing at graduation. The other, a junior, was going to sign up at the end of the semester. 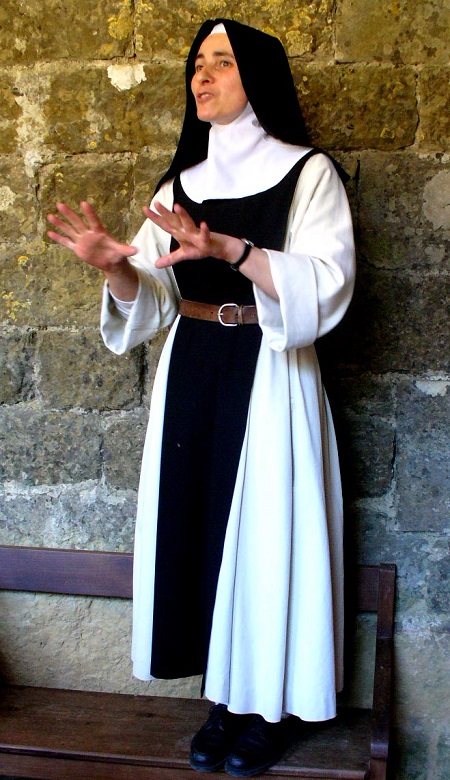 This would be their one and only prom.

I needed a wingman. Without hesitation I planted a seed with my best frat brother, Mike Lyons of Chicago. Mike starred in “The Music Man” in high school and was a very close match for Professor Harold Hill. Mike was madly in love with a girl he’d known since grade school and followed her to Cincinnati in hopes of taking their friendship to higher ground. What Mike could not see (and most of the rest of his friends did) was that this young woman really loved him… like a brother.

I had to use some radical tactics to get Mike on board. I lied. I made up a fairy tale about a very pretty transfer student, just into school who was Miss Junior Milwaukee or Sheboygan or something. I had four weeks to modify the picture of the pretty transfer into two very tall nuns. We kept a running tally on the days until prom and I could usually fend off any requests to meet this fictitious coed. The problem was that I had no car and no prospect of borrowing one. The Monday before the prom, my conscience erupted as well as a demand from Mike to meet this mystery woman. I had to come clean.

Mike fended off his allowable anger to note that I was without a car and short of taking the bus to all the events, out of luck and choices. Not so fast – behold the Lord’s providence or just pure luck. On Thursday, a Bowling Green junior arrived at the house and would be staying the weekend. He had a car but could double up with his buddy, and since I was “fully covered on everything I operated” including an F-16 (what?), we had wheels.

Mike was speechless. Not just on this piece of luck but due to a flu virus he had picked up. He could have opted out but honored his commitment. We picked up the nuns, had a quiet dinner – not quite a meditative vigil but close – and moved on to the dance. It was something about Mike’s date being almost a head taller than him that made him uncharacteristically quiet. Seated, crickets. Dancing, Mike looking up at the underside of his date’s chin. Mike got progressively worse and nearly passed out with each camera flash. At nine o’clock, he advised that he would try to make eleven o’clock with the dance ending at twelve. At ten thirty he requested I call an ambulance. A good wingman can always assess the absolute needs of his buddy. I loaded him into the back seat of our Rambler and set out for the infirmary. While enroute, my attempts to speak directly to him were countered with compound profanities, so I just beelined for a medical handoff.

Beecher (dateless at the event) was aglow with how well everything went and the “sisters” had a great time. She inquired regarding Mike – basically to learn if he lived. He did, but after 2 days of infirmary care wished he hadn’t.

I do not know whatever happened to Kathy Beecher, but I hope it was the good life she deserved. She was a good friend. She taught me a valuable lesson. The guys who were seeking Farrah Fawcetts, Jacqueline Smiths or Ali McGraws were missing out. Not that those iconic beauties are bad people; they just got their beauty card dealt from the top of the deck. It takes all of the cards to play.