In the Footsteps of the Pioneers – 1

“After leaving the smelter smoke of Denver, traversing miles of an uninteresting stretch of country, in reaching the summit, behold the sublime work of nature, a panoramic view of a picturesque valley bursts upon me… Avoca Lodge.” – Margaret (“Molly”) Brown

The sublime work of nature. That’s where we live. Following in the footsteps of the Utes, and then the Spanish fortune-seekers, the European American trappers, traders, miners, and settlers came west to make a home.

The area now known as Southern Gables was known early on as the “Montana district.” The earliest recorded land owners were William and Joseph Hodgson who obtained their land from Captain Arago, a veteran of the Navajo Indian wars. He had obtained the land through a military land grant warrant – 160 acres, as was the norm for that type of grant – then shortly brokered it to the Hodgson brothers in 1859. The cost was approximately $1.50 per acre. That was a good price that Capt. Arago got for the land, indicating how desirable a piece it was; the usual price for an acre of land in the vicinity between 1842 and 1862 was $1.25.

Industrious and hardworking, the Hodgsons set out digging irrigation ditches off what is now Bear Creek to supply their farming needs. They boarded horses, planted trees, and grew field crops for the needs of a growing populace. “Bear Creek Valley,” as it was known, is the oldest and only traceable land acquisition in the vicinity from the 1858-1859 territorial records. Hodgson Park in the 9500 block of Morrison Road is named for them, and the Hodgson Ditch still runs through a surviving farm and the suburban landscape. 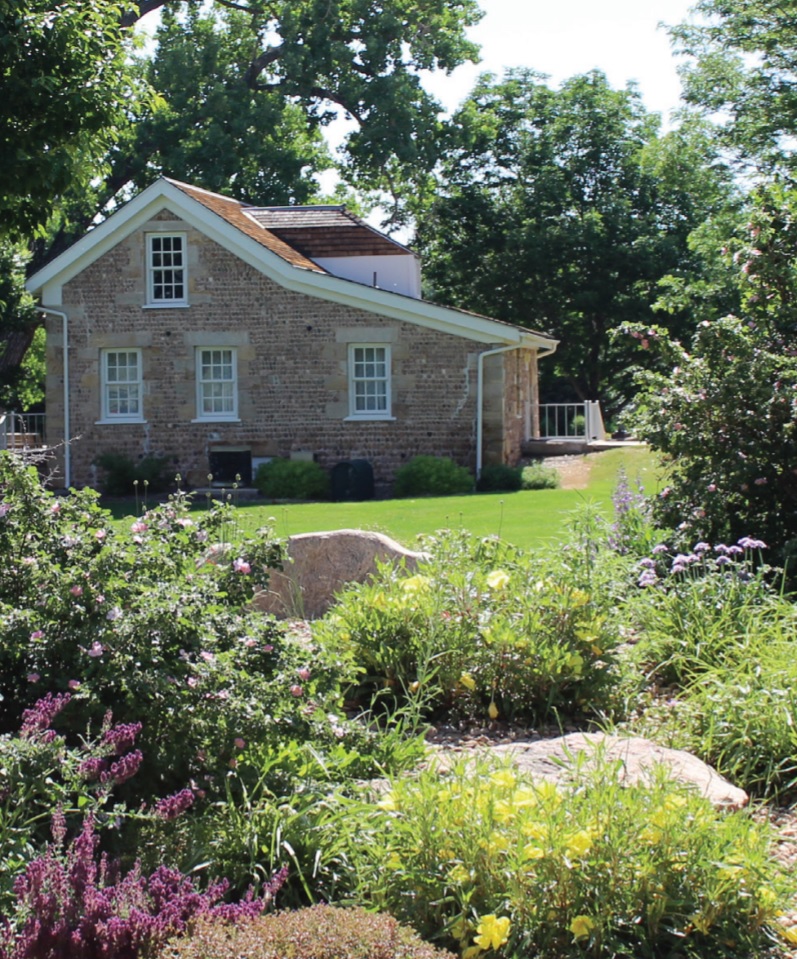 The “Stone House,” Lakewood’s first and foremost structure noted on the National Register of Historic Places, was built by William Hodgson, who had extensive written notes in his journal (still in the archives of the Colorado Historical Society). Noted in the minutiae of his journal are the exact material measurements for the structure which include river rock from Bear Creek and rock slab from the Hogback. Although not titled initially, the house was completed in approximately 1861 and formally filed on with the land in 1865. Land holders had to reside on and work the acreage for five years prior to formal ownership. William ceded his interest to his brother and Joseph became the deeded owner, having planted fruit trees and harvesting crops for the required period.

Fred C. Schnell worked for the Hodgsons and in 1891 he purchased a farm carved out of the southern part of the brothers’ holdings, west of Wadsworth. He had worked on the place for a couple of years before buying it, living in a bunkhouse at first and then a larger house in 1890, then building a big foursquare house in 1901.1 The Schnell farm was recognized as a Colorado “Centennial Farm,” with the same family holding it over 100 years through the generations. That milestone was passed years ago, of course, and the farm is still in the same family to this day. 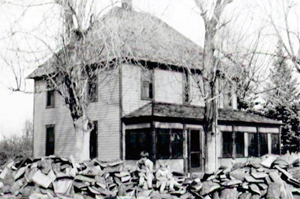 William Hodgson moved on to a political and civic career, and assisted in plotting a large portion of the Bear Valley area. He also circulated a petition calling for a “good road” directly from Denver. Denver agreed and that road is Sheridan Blvd. Ironically, Morrison Road (old Bradford road) was paved, but Sheridan was dirt. The priority of the Morrison Road was probably to facilitate the Spottswood-McClellan Stage which transported passengers, Wells Fargo freight, and U.S. mail.

We’ll tell more about the stage line, and some of its stops in our area, in the next installment.

This is the first in a series of three parts. Part 2   Part 3

2 thoughts on “In the Footsteps of the Pioneers – 1”