Last week we mentioned that our neighbor Ken Fischer met a lot of tough characters during his service in the Lakewood Police Department. There is always more to tell about toughness and courage. This week’s story is an homage to the kind of bravery that is sometimes hard to appreciate, the quiet kind.  To see more of Ken’s stories click on his name at the end of the article.

It was so heartening to read Frank DeAngelis’ book and learn that Columbine student Patrick Ireland not only survived but prevailed in life after the tragic shooting on April 20, 1999. A tough, courageous young man. He knew he would die if he did not move, so with mortal wounds, he dragged himself across a body-strewn library and pivoted himself out of a window. 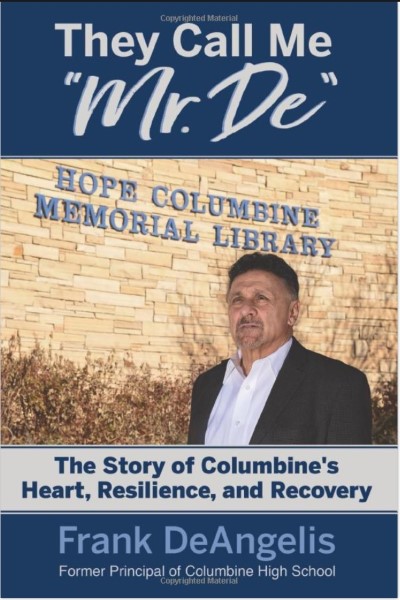 They Call Me Mr. De: The Story of Columbine’s Heart, Resilience, and Recovery by Frank DeAngelis

He fell into the arms of a Lakewood PD SWAT team on the top of a borrowed armored truck. There was a good deal of heroism that day including a beloved teacher/coach.

That SWAT team countered orders and rescued the lad and, in doing so, they rushed into what’s called the “fatal funnel” or kill zone, where most policemen are killed. Starting down the mountain, off-duty, by the time I mounted up and started to respond to the madness, it was over. I am proud to have served with those officers and to call them my friends. Their courage matched that of the student Patrick and was one element of the tragic puzzle that went right.

That brings to mind my friend, peer, and eventual boss Jim Kiekaffer. Our sons were about the same age and both were named Matt. We shared some interesting and tragic times together. I go back to the mid-seventies when we were both on patrol. Jim was a rookie, but had earned a Purple Heart in Vietnam with a shrapnel-laced shoulder that really never came back completely. I was about a ten-year street veteran who missed that war by a whisker.

I had made a traffic stop and noticed the driver slide to the passenger seat prior to my contact: not a normal move. The heavily muscled young man had just come from the gym, had no license and was under suspension, and had a warrant. He advised me that he would not go to jail.

Jim arrived as my backup. I briefed him with a caution: just follow my lead and if it gets “jiggy” call for more units. 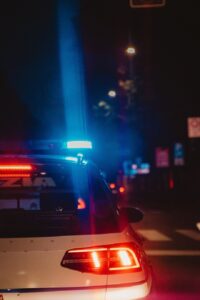 Photo by Andrea Ferrario on Unsplash

I stood next to the passenger door. Removed my .357 Smith. Opened the cylinder and popped out 6 live shells in full view of the bodybuilder. He looked confused. I explained that we were about to have one hell of a fight and I did not want him grabbing my gun which would necessitate Jim shooting him. His eyes widened.

I then took out a napkin and tore off several pieces and placed them in my gums. Again a quizzical stare from “Arnold Schwarzenegger.”

“What’s that all about?”

I explained through the Kleenex “New teeth, crummy dental insurance.” He bought it.

Jim was not quite certain who should be arrested, the violator or the really bizarre guy in the blue suit with the badge.

Mission accomplished, after everything was handled, Jim politely asked where I got the scenario from and how would I counter the arrestee if he produced a gun?

I explained. After working the street for a while you form the ability to read people. Our driver was not a bad guy. Actually pretty disciplined based on his build. Nice car, well dressed, clean and neat. In my opinion, he wanted to make a point and was one who would resist but not assault. He just needed a good reason to comply. I tipped the scale in our favor and really did not want to tussle with him unless he insisted.

And the gun? I advised Jim that I always carried a boot gun that was fairly accessible. Courage may be an ideal, but it is best paired with good judgment. 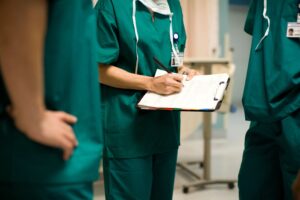 Several years later I was requested by Jim to respond to his home and bring my notary gear. His teenage son, Matt, was battling a rare form of leukemia. Doing his best, but losing ground. They thought it best to do a will. There’s that good judgment. Matt was weak but managed a smile and a high five. I could usually rouse some light moments in folks by some of my antics. I don’t remember much of the brief conversation, but I tried to say something funny or self-deprecating and it seemed to get a pleasant rise from Matt. I caught eye contact with Jim. No words, in the presence of the quiet courage in that room. I thought how fortunate we were to have a healthy teenage Matt. It’s hard to imagine what strength it would take if that were not so.

Jim’s Matt passed after a valiant effort by his brother to supply bone marrow. Jim and Sally have always handled this terrible loss with class over the years, and at times comforting parents experiencing similar travails.

Courage, toughness, the quiet kind. There’s no better kind than that.

This is Part 2 of a two-part story. Part 1, last week: Tough Guys. Ken has previously written about another aspect of the 1999 tragedy: Columbine April 16, 2021.

One thought on “More Tough Guys”