Back in 2017 our neighbor Harry told us what it was like to be one of the first homeowners to move into the farm fields that became Southern Gables. Now we asked him to go back to an earlier time, when he was a kid growing up in Denver. We asked, “How has the country changed during your lifetime?”

In thinking about how things have changed in the wider world it occurred to me to describe what I remember from when I was a kid and you’ll have some of the answer. 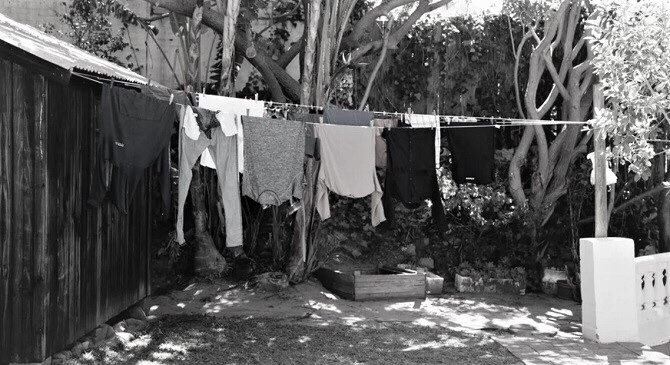 In the 1940s my Mom was a stay-at-home wife who coped with three young boys, cooked meals from scratch ingredients on a gas stove (eating out was unheard of), washed, dried, and put away the pots, silverware, and dishes, washed clothing and bedding in a Maytag wringer washer and hung them out to dry on a clothes line in the back yard, made the beds, and performed all the other thousand and one chores that came her way – and they all did. 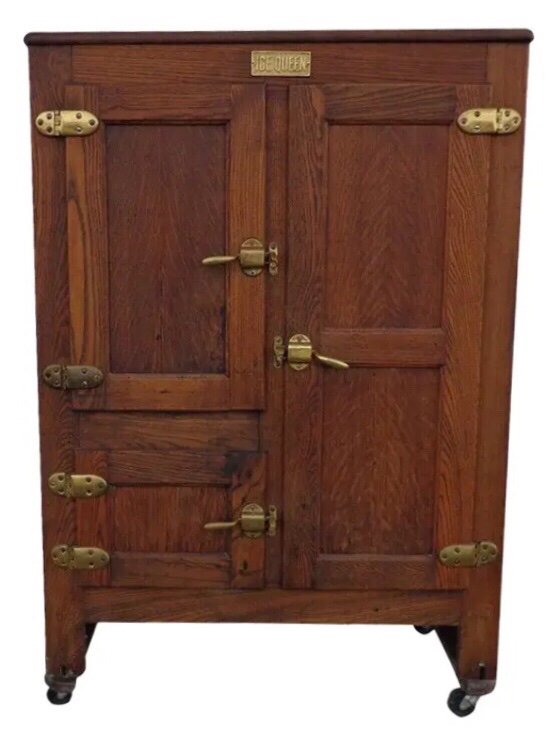 During the summer we all suffered from the heat and relied on a couple modest fans to move the air. We did have an ice box that required blocks of ice to keep food cold. Every few days a truck would come up our alley and the driver would chip away a square block of ice from a massive “iceberg” in the back of the truck, hook the ice with big tongs, and carry it up to the back porch where he put it into the ice box. While he was doing that us kids were climbing into the bed of the truck to gobble up slivers of delicious and refreshing ice. Ahhhh!

Our first house was heated by a coal furnace in the basement that had to be fed a few times a day during the winter leaving a film of coal dust everywhere, and which belched black smoke from the chimney. Every week or so a truck would deliver fresh coal that was sent down a chute into the basement and, of course, created its own dust cloud. There were no thermostats so you either got too much heat from the very hot burning flame or none if, God forbid, you forgot or slept in and failed to add coal on schedule. 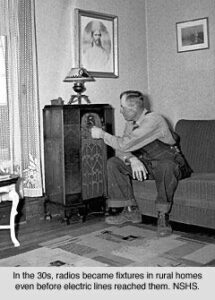 We had one quite large console radio in the living room which took a minute or two to warm up and begin broadcasting. During the day Mom might have had it on, I can’t really recall, but every evening Dad would flop down onto his easy chair and listen to “his” shows, mostly a 15 minute news broadcast followed by radio plays and comedy shows. He ruled the radio. We boys were expected to entertain ourselves which we did mostly by picking on each other.

After we moved to Emerson Street in the late 40s we’d get up early in the summer, have breakfast, and then headed out to Alamo Park a block from our house where we would spend the day. No kidding, we’d spend many hours there on the swings and slides, doing crafts (if mom had given is some money and the counselors were working), play tag or hide and seek in the shrubs, or head over to Cherry Creek to catch minnows. Sometimes we’d organize all the kids into baseball teams and play with only a ball and bat, no gloves or bases. This was before we had 911 to call, so injuries were shaken off. 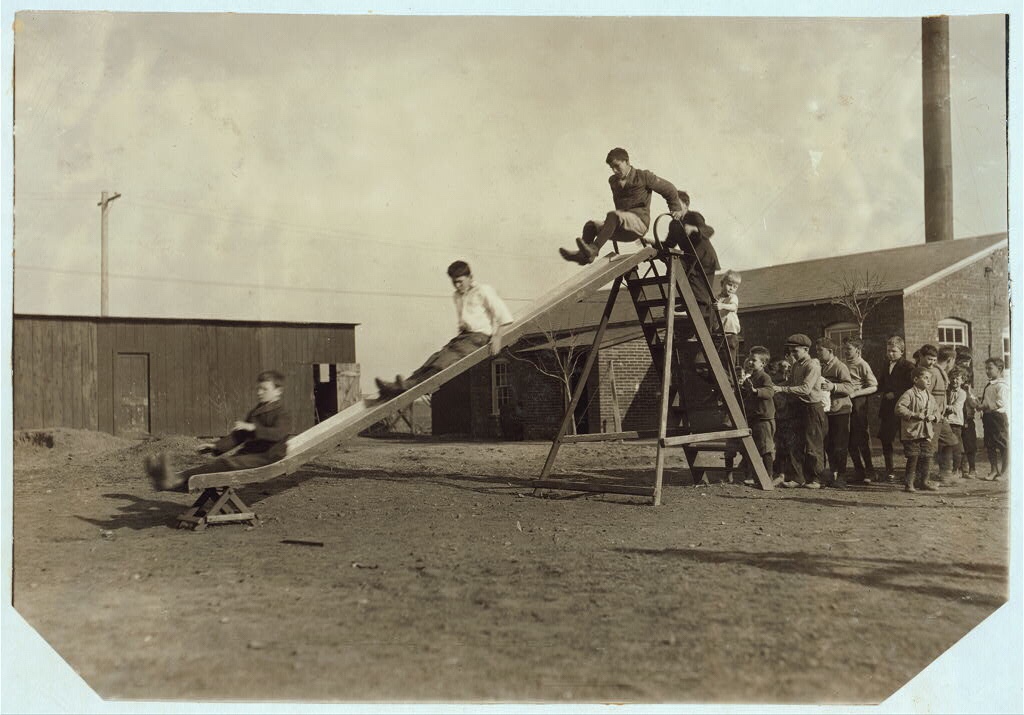 Something missing from the park were moms. I can’t recall any parents lurking around; they had too much work to do at home. Looking back I think the theory was that if you couldn’t remember where you lived you deserved to wander off never to be heard from again. I know my brothers and I never missed a meal.

In February of 1955 we moved from Emerson Street to South Clarkson and things changed. Dad had died in 1951, Mom had struggled, but by ’55 a couple good breaks had finally come her way. Friends of hers had helped get a house that she could own, we were enrolled in ADC (Aid to Dependent Children) and the welfare checks were keeping us afloat. We even bought our first TV, a 17” black and white set, which we all could watch. 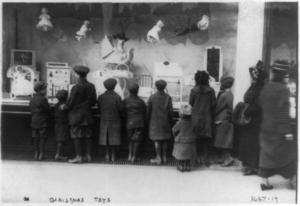 There was even a bus stop at the corner so we could go downtown to shop or see the Christmas displays in the windows of the department stores that lined 16th Street.

Yeah, life was different back then. Even in the small things like answering the phone. You quickly picked it up when it rang because it was always family or friends or, if it was late at night, something terrible had happened to somebody you knew so a call was always important. Now it’s with us everywhere, unbound from its wire leash, and for lots of people we know talking has become a nuisance so they would rather text.

Changes. Some are for the better, but sometimes we miss the things that were tough on us. Whatever we think of the old days, good or bad, we are grateful for them getting us here.