Continuing our series of interviews with our Southern Gables neighbors, to help us get to know and appreciate each other.  Interviewed by Bruce McDonald.

Jo Ann, I’d like to start by asking, are you originally from Colorado?  No, not originally. I grew up in Wisconsin. My parents had taken a vacation trip out west and I remember seeing slides from that trip. It made quite an impression. Everything was so beautiful! I remember thinking I’d like to go there someday. Then after graduation and starting work something reminded me of that old wish. I was working for the phone company and I showed those old slides to a girlfriend. She loved it too so the both of us decided to go for a job transfer, still staying with the company, and come out to Colorado. 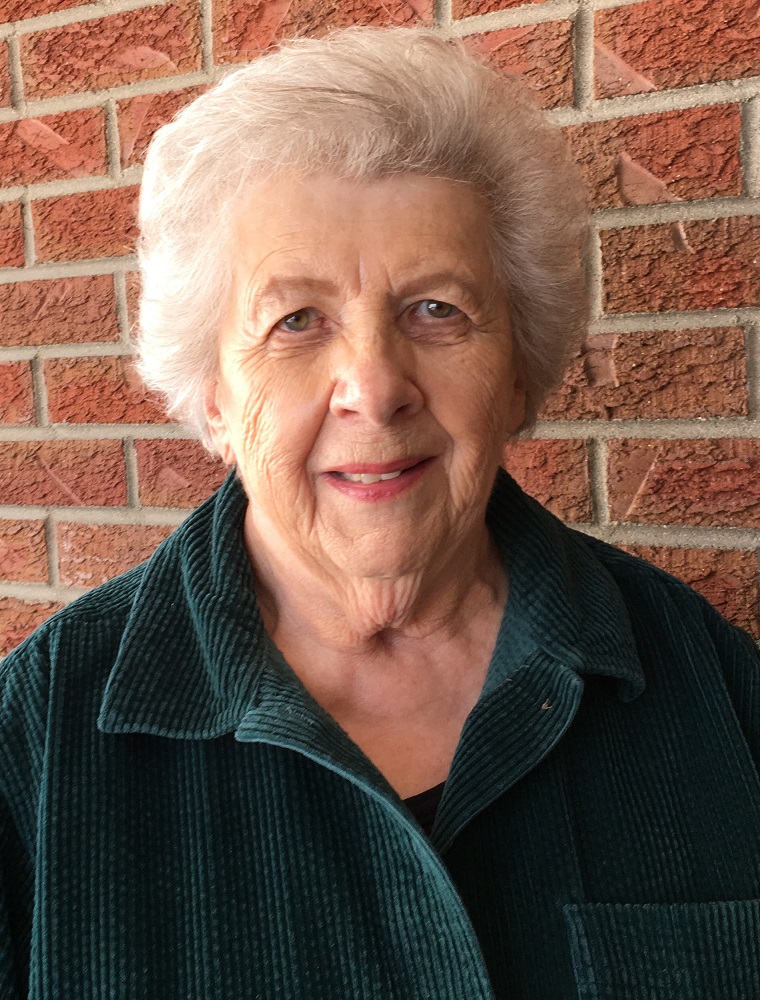 So it was the beauty of Colorado that attracted you? Yes, and I haven’t been disappointed. Loved it from the start. When we came out it was in the summer but there was still snow in the mountains. My friend and I took pictures of ourselves in swimsuits in the snow, to send back and make our friends jealous. We went to work in our familiar jobs right away without missing a beat. It was such an exciting time — we had an apartment within sight of the gold dome of the Capitol and life was beautiful.

What brought you to our neighborhood here in Southern Gables?  Well, during that time living downtown I met this guy — a cute bartender who worked at Eastway Inn not far from where we lived. I was there with a friend and she bet me a beer that I wouldn’t ask him to dance. Well, I’m a Wisconsin girl! That dance turned out to have a long-lasting effect. Fred and I married, and this neighborhood was very conveniently located, just one stoplight between here and his job at Martin. I worked with Mountain Bell, US West, and whatever other changes they went through over the years — they’re CenturyLink now of course —  and wherever I worked in their various locations, being in Lakewood was not too far for my work commute as well.

Are you an original Southern Gables homeowner? That is, was your house new when you moved here?  We first had a house on South Cape Way, just off Jewell, and it had been there a while when we bought it. Then before long we had the opportunity to buy a vacant lot and have this home designed and built for us. That was in 1975. The house next door was already there, and some others up and down the lane, but the last open lots weren’t filled in for a few more years.

Tell us about some of your favorite memories with neighbors. We always enjoyed lots of social activities with our neighbors. We would have barbecues, dinners, celebrate birthdays and so on. We’d get a group together to go and see the ice sculptures up in Breckenridge. And fish! A lot of us raised Koi. It was a popular thing for a long time. The guys would have to go up to Boulder for supplies, and everybody had these elaborate Koi ponds. It took a lot of work, maintaining those ponds. People took pride in keeping the fish healthy. We’d call each other if someone spotted the birds circling. You’d have to protect the pond with a net over it. What kind of birds?  Herons, big white herons. Wow, we don’t see anything like that around here these days. Well, you don’t have any fish!

OK then, how about any other hobbies or interests?  Travel. Fred retired a year before I did, and we were both so eager to get going and see the world that I took an early retirement so we could go places. The world has so many things to experience, and I feel lucky that we were able to go and see some of it. I loved Iceland with its gorgeous waterfalls. We went all over Europe — Germany, France, Ireland, England. We saw homes with bullet holes and damage from the war, where families had been through such terrible things. In France, the American Cemetery on the Normandy Coast. So touching. Norway, Denmark, Finland. We went to Vladivostok, the big port in Russia. In Japan we toured several cities, Osaka and inland from there. Cruises too. We took cruises to Alaska, the Mediterranean. There’s so much to see and experience. I hope we’ll all be able to travel freely again in the future.

Don’t we all!  That and our neighborhood activities, like the Neighborhood Night Out and the monthly luncheons we’ve enjoyed in the past. Thank you for speaking with us, and letting us get to know you a little better.