Colorado tragedies. Schools, churches, a dance hall, a theater, a clinic, retail stores, a grocery store. Columbine was not the first in our state, but it raised a terrible bar. April 20 marks an anniversary of the tragedy at Columbine High School. Our neighbor Ken Fischer was dog-tired that day 22 years ago, as was his whole Lakewood Police team from an extra-tough shift the night before, but that’s another story. He was doing some hard work on an off-duty day, wrestling and sweating with pulling stumps for a friend, when he heard the call.

In this story, Ken tells of – what was it, a kind of compensation? A miracle? – seemingly built out of inspiration and willpower. Or maybe it was something dealt out by “a just and brooding God.”

1999. The following fall, after that terrible day in April, the Columbine football team took the field. They were not great, but won enough to get to the playoffs.

My sector of Lakewood had the Jeffco Stadium in just about its geographic center. I would often tactically position myself at or near the stadium on Thursday and Friday nights for the rowdy high school events. My dispatcher was aware of crowd noise so she often called me on cell phone with anything critical in nature. Pretty routine, usually just being watchful, but there was one game that I will always remember as something special, almost transcendent.

Now there was something eerie about the Columbine team. These were the lads that carried one of their own to his final rest several months earlier. Their school was still undergoing repair so they worked through the hurt and anger to do something constructively normal: play football.

Columbine had never been any great shakes on the gridiron. Finishing near .500 was pretty good for the program. This year the team had no real stars and no standouts, and seemed to be a very quiet bunch. They took on a county rival in the quarterfinals and came from behind to squeak out a victory. A surprise. They were forecast to break even that year and winning a playoff game was a big notch on the doorframe. 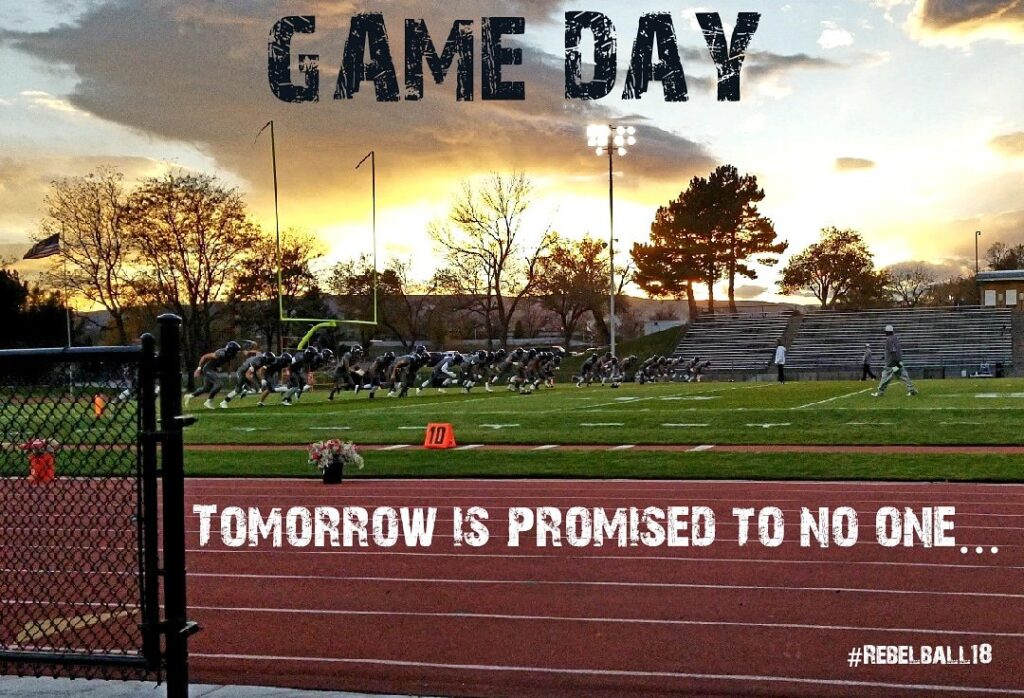 Per custom, each team passed at midfield, shook hands then boarded the buses back to their school. Except Columbine. They had no school and would not until the following year. They shared time at Chatfield High, their sister school further south in the county.

Just after this victory and handshake, Columbine players and coaches assembled under the south goal posts. Very quiet, no hoorah, no cheers, no one but the team. I was standing on the perimeter with the Columbine principal, Frank DeAngelis. I began to say something to him in passing. He gave me a sign to be silent. I would.

They spoke in brief statements. No game analysis. An air of commitment. No one interrupted anyone else.

When all who wanted to speak spoke, they calmly walked to their bus. I had never seen anything like this in athletics. This was a team with a purpose.

The following week would be tougher. They were predicted to lose by at least two touchdowns to a far superior Boulder Fairview team that had experienced a fantastic season losing only one possibly two games. Fairview had a quarterback passer who had all the tools. He was a “young Elway.”

The game progressed as expected. Columbine held strong through three quarters but could not manage much scoring. Fairview was about eighteen points up starting the fourth quarter.

I was prowling the Fairview sidelines as Columbine pushed down the field and scored. No big deal. Two scores up, just run the clock.

Fairview turned it over in uncharacteristic fashion and here came Columbine, silent and deep.

Again, the ground game. Columbine scored in about six plays and were one score down with about four minutes left.

With a blue chip passer and two minutes to score from mid field, it would be highly possible to get to the end zone. The kid who was setting passing records all year threw two terrible incomplete passes. During a timeout, with just seconds left, I turned to hear a brief conversation between coach and quarterback. The strategy was set. Just do it. Run it in if you have to.

The all-state quarterback had a look that betrayed a feeling of something else at work here.

Fairview ran once and threw a pass into the dirt to lose to a “nothingburger” team in blue that could not be stopped by any dynamic in any playbook. 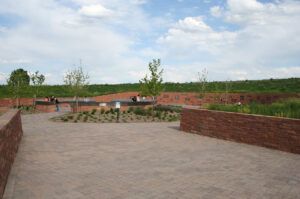 A stunned crowd silently departed for the flatirons, not quite believing what they had just seen.

A calm, deliberate, committed bunch of young men in Columbine blue gathered under the goal post. They recommitted the season to their friend and fallen athlete, Matt Kechter, as they had done for every game throughout the season.

Columbine went on to beat Cherry Creek the next week for the state championship. Not easily but convincingly, and well enough. Enough to become state football champions for that year.

That team still frequently revisits the Columbine teams of ensuing years. They stand with the quiet authority of dedication and unity, to offer inspiration and support to those playing a great game with great comrades.

One thought on “Columbine”